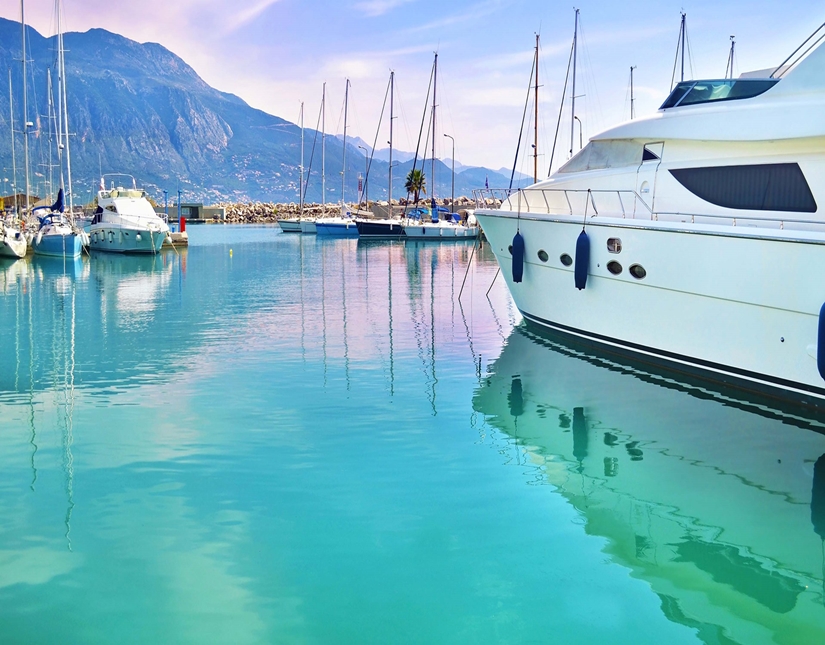 Cyprus is one of the most popular places in Europe for a company registration. The combination of favorable tax legislation, simple corporate legislation and a stable tax policy of the country have made Cyprus an attractive jurisdiction in which thousands of new companies are created every year, as well as have turned the country into a significant international financial center.

Cyprus has an efficient and well-developed legal system and, as a former British colony, is a country of common and private law with business legislation similar to that of the UK. At the same time, the Cypriot legal system has been adapted to the legislation of the European Union. Since Cyprus is a member of the European Union, a Cyprus registered company enjoys all the benefits of operating in the EU.

In addition, the island has a well-educated, well-trained and professional staff who speaks fluent English. Russian is another popular language for business.

Let’s dwell on the benefits of opening a company in Cyprus in more detail.

1.Political and geographical position of Cyprus

Cyprus is located between 3 continents. It has been a member of the European Union since 2004 and of the Eurozone since 2008. This country is ideal for the development of international trade and financial cooperation. The use of the common currency for the European Union (Euro) also provides great advantages when doing business in Cyprus.

Cyprus has very good relations with all countries of the world, excellent infrastructure to meet the needs of the businessmen and others using Cyprus as their base for residence or doing business.

Apart from that, when doing business in Cyprus you have another ally – the weather. There is virtually no winter in Cyprus and there are 360 days of sunshine a year.

The main reason why Cyprus has become an attractive place to do business is because of its business-friendly tax system, which offers many benefits to the companies based in the country.

The key advantage of a resident corporation is the flat corporate tax rate of 12.5%, which is one of the lowest in Europe.

However, the country does not have the inherent disadvantages of offshores, as Cyprus fully complies with the requirements of the EU legislation. Cyprus is included in the White List of the Organization for Economic Co-operation and Development (OECD) and belongs to the jurisdictions that have largely implemented internationally agreed tax standards.

In addition to the low corporate tax rate (12.5%), the Cyprus tax legislation provides many tax benefits compared to other European countries. Tax on the interest income, dividend income and gains from the sale of stocks, bonds, debentures, or other securities is 0%. No tax is payable on the corporate reorganizations like divisions, asset transfers and share exchanges, with the exception of the capital gains related to immovable property in Cyprus. The same applies to the profits from the subsidiaries abroad, subject to certain restrictions.

For the companies whose activities are related to intellectual property, the IP Box taxation regime is in effect, according to which 80% of the profits received from the activities related to the creation and use of IP are exempt from income tax, which reduces the effective tax rate to 2.5%.

Cyprus also offers a Notional Interest Deduction (NID) Regime, whereby the income earned from financing a company's operations with new capital contributed after January 1, 2015, is reduced by the notional interest expense calculated by multiplying the company's new capital and the yield on 10-year government bonds of the state in which the income from the use of the assets was received, increased by a percentage premium. Notional interest deduction can be up to 80% of the profit before the deduction, which also allows the effective corporate tax rate to be reduced to 2.5% or less.

There are many other tax benefits in Cyprus law. For example, royalties paid from Cyprus to non-resident companies are not taxed (with a few exceptions for intellectual property used in Cyprus). The same applies to the capital gains and income from the liquidation of a Cypriot holding company.

The value-added tax rate in Cyprus is one of the lowest in the European Union and ranges from 0% to 19%. As with all members of the European Union, import and export of goods and services to other EU countries is VAT-free (so-called triangular trade).

4. Agreements on the avoidance of double taxation

Companies registered in Cyprus benefit from the double taxation avoidance agreements between Cyprus and more than 60 countries around the world. For the most part, the agreements on the avoidance of double taxation concluded by Cyprus are in line with the OECD model. As a result, foreign investors do not need to pay additional tax in their home country.

5. Simple procedure for creating a company

The procedure for registering a company in Cyprus is simple, straightforward and fast, and this is an additional advantage of Cyprus compared to other countries. The first step in the process is the approval of the company name by the Registrar of Companies, which takes 2-3 business days. Once approved, the required documentation must be completed by the Registrar of Companies and from that date, it will take approximately 5 business days to complete the entire procedure. Thus, bureaucracy is kept to a minimum.

A company is considered tax resident in Cyprus if its business is managed and controlled in Cyprus. However, there are no restrictions on the owner's place of permanent residence and citizenship, which means that the owner of the company does not have to be a resident of Cyprus, while the company should not restrict its activities to Cyprus.

In the event that you open a private limited liability company in Cyprus, there are no requirements for the size of the authorized capital of the company, and its payment is possible at any stage of creation of the company.

The labor force in Cyprus is well trained. Almost 40% of the population of Cyprus aged 25 to 64 has higher education, which is more than the European average (30%). In addition, about 20% of the population is comprised by foreigners who live in Cyprus, and this is the second largest percentage of foreigners in the EU. The percentage of people with higher education among immigrants permanently residing in Cyprus is also very high.

The official languages ​​of Cyprus are Greek, English, and Turkish. At the same time, a fairly large percentage of the population of Cyprus speaks Russian, French, and German, which is achieved both through the immersion of immigrants and through the training programs operating in Cyprus.

Also, citizens of any EU country can be freely invited to work in Cyprus, since they have a visa-free entry system and a simplified system of registration and obtaining a residence and work permit at the Immigration Service of the Civil Registry and Migration Department of Cyprus.

There is a fairly large number of recruiting agencies In Cyprus that provide services for the search and recruitment of specialists of the highest level.

7. Possibility to obtain a residence permit in Cyprus

Non-Cypriot investors who buy property in Cyprus for at least € 300,000 + VAT and have a reliable and stable annual income regularly transferred from abroad are eligible to apply for a permanent residence permit in Cyprus.

Registration of a Cypriot company entitles its owner and his family members to obtain a long-term visa for two years and a work permit. In the future, this visa can be extended.

After 7 years of legal residence in Cyprus, foreigners are eligible to apply for a Cypriot passport under the naturalization program. From 2014 to 2020 Cyprus also had a Citizenship by Investment Program, which was suspended in November 2020.

Advanced telecommunications and banking systems can easily simplify the process of doing business and solve the time problem associated with the registration with various government agencies, reporting and making bank transfers - currently more than 80% of these functions are available for your online business and do not require a personal presence in offices, financial services and banking institutions.

The Cyprus banking system allows international and domestic transfers and payments within 1-3 business days, depending on the country of destination.

Cyprus has two international airports, one in Larnaca and the other one in Paphos. They provide a direct connection between the island and more than 35 countries around the world.

There is a large port in Limassol, which is currently the main seaport of the island. This was largely the result of the Turkish invasion of Cyprus in 1974, when the port of Famagusta remained in the occupied territory. Most of Cyprus cargo (import and export) is handled in the port of Limassol. More than 50 international cruise ships include Cyprus in their Mediterranean routes, providing the bulk of passenger traffic.

The island's internal transport links are represented by road transport, which is not a significant problem, since its dimensions are quite small, and the maximum distance between cities and towns of Cyprus does not exceed 270 kilometers.

10. Living in Cyprus: safety and standards of living

Cyprus is one of the safest countries in the world with a warm enough climate, which makes it very attractive for life. The standard of living in Cyprus is one of the highest in Europe, while the prices for rent, transport, and a grocery cart are quite reasonable.

Thus, the opening of a business in Cyprus often occurs simultaneously with the move of the investor, his family members, and key employees of the firm to this country.

Of course, all the advantages of registering a company and doing business in Cyprus are not limited to the ones listed above, but, in aggregate, are the reasons that many investors create new businesses in Cyprus, and already existing Russian, European and Asian companies are transferring their tax bases to Cyprus.