Financial situation and prospects in Cyprus 2015 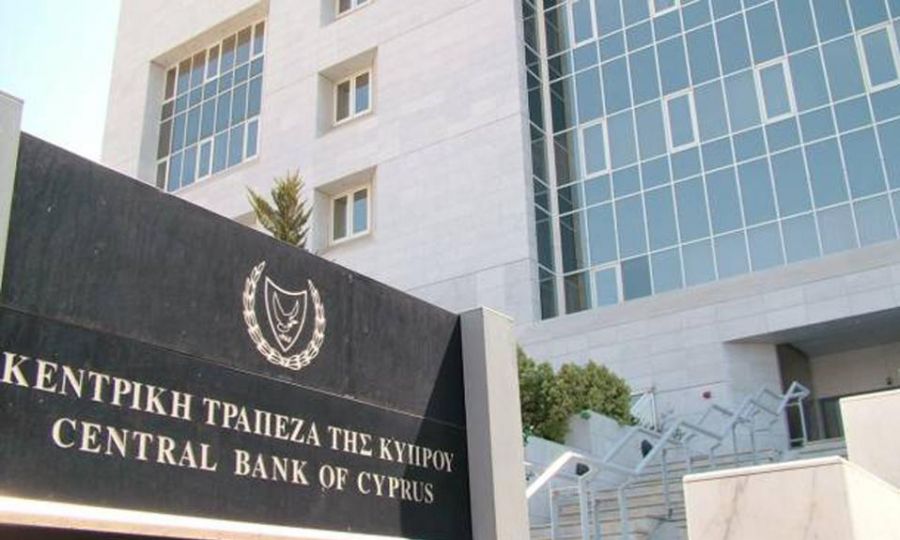 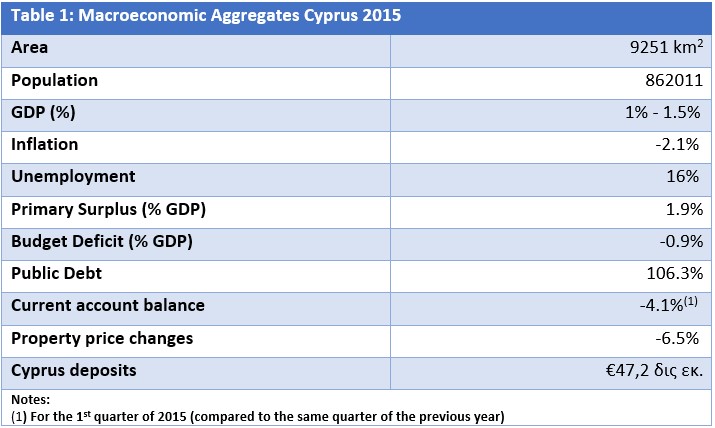 In 2015 Cyprus is undergoing a macroeconomic adjustment program, from which it is expected to exit in March 2016. Its main macroeconomic indicators (GDP growth rates, public debt, budget deficit, trade balance, unemployment etc.) have all marginally improved, thus creating the conditions for an exit from low growth levels.

After three years in a deep recession, the Cyprus economy had already started showing signs of recovery in the first quarter of 2015 (Table 2).

As can be seen in the diagram below, during a 6-year period Cyprus’ public debt skyrocketed from 45% of its GDP to 106%. The worsening of the debt ratio is mainly due to the increase of external lending caused by the collapse of the banking system in 2011-2013. 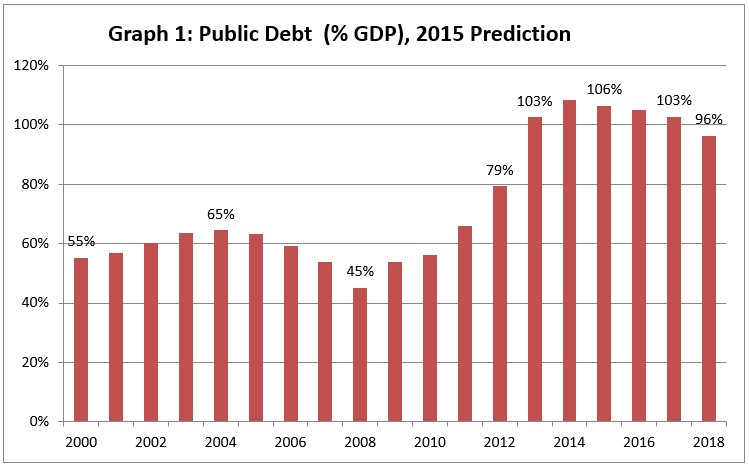 In particular, about €6.3 billion in total have been disbursed from the European Stability Mechanism as part of the support scheme for the Cyprus economy (2013-2015).

The main mechanism through which the reduction of public debt can be achieved is the maintaining of primary surpluses. As can be observed in Graph 2, the government has implemented significant expenditure cuts and tax increases since 2014, which have led to maintaining a primary surplus of 2.6%. 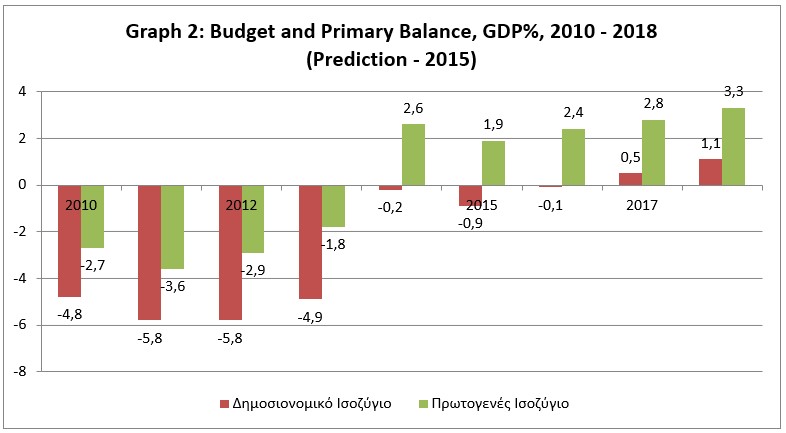 At this point, it is worth mentioning that public consumption has decreased by 3.2% in the first quarter of 2015 compared to the same quarter of the previous year.

In addition, the primary surplus of 2014-2015 would be much greater if it hadn’t been affected by factors like the compensation the state gave for the closure of Cyprus Airways, as well as the negative effect on revenue from the implementation of a directive aimed at creating a framework for the recovery of credit institutions.

In 2015 the budgetary targets set by the troika were fully covered, allowing the government to adopt a more balanced fiscal policy that will not demand further cuts.

In order to achieve a debt reduction to below 90% by 2020, the Cypriot government will have to simultaneously retain an average GDP growth rate at 2% and a primary surplus of 2.5%.

During 2015 Cyprus has made an enormous effort to return to global financial markets. Uncertainty around the prospect of the recapitalization of Cypriot banks constitutes a gigantic obstacle in the government’s attempt to issue long-term bonds. Therefore in 2015, the Cypriot government was mainly limited to the issuing of short-term bonds (30-day, quarterly and biannual) which have given it financing worth €200 million in total. The upgraded prospects of the economy have allowed in spring the issuing of a 7-year bond with a nominal return of 3.9%. 45%. The buyers of this long-term bond were mainly institutional investors from the UK. 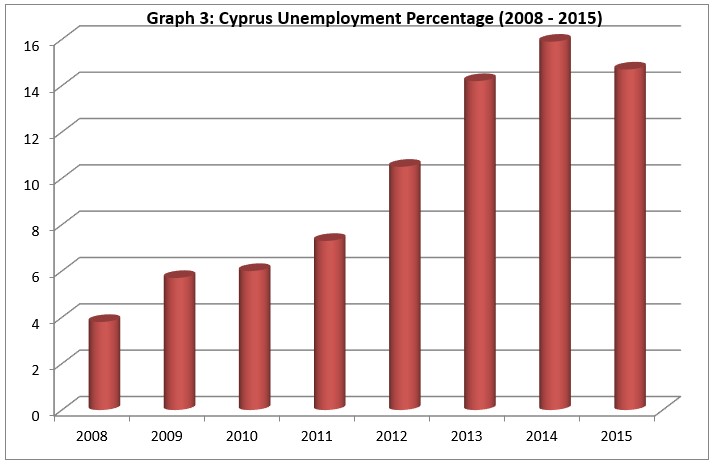 Table 3 registers the annual Consumer Price Index changes (inflation) in Cyprus. As can be seen, Cyprus has entered a period of increasing deflation since 2013. 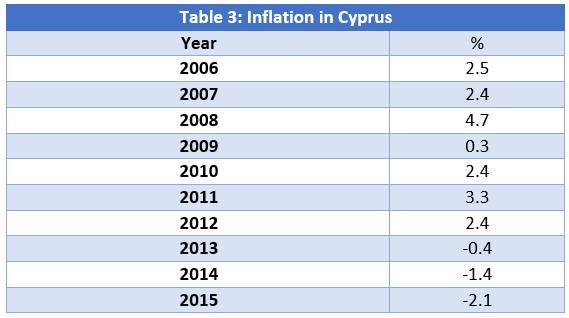 This significant price decrease in the last three years is mainly due to two factors – the restriction of domestic demand because of the major reduction of Cypriots’ purchasing power and the equally major drop in oil prices.

Despite having the highest number of sunshine hours in Europe, Cyprus has not adequately exploited this advantage to develop renewable energy sources technology, resulting in a meager 8.1% of the island’s energy being produced by these sources. It can be seen in the following diagrams that the collapse of oil prices (crude oil Brent) in the last three years, and especially in 2014, was the reason for which prices so drastically decreased in the oil-dependent Cypriot economy. 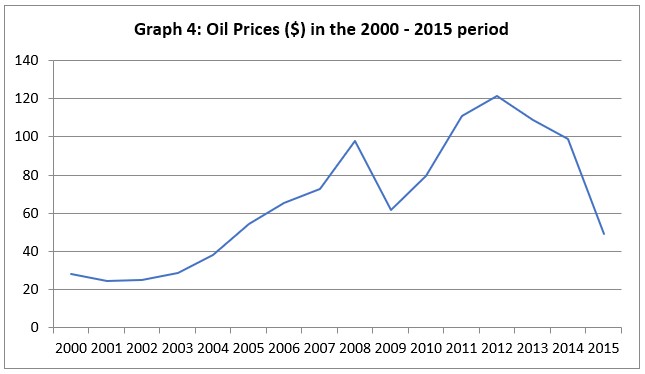 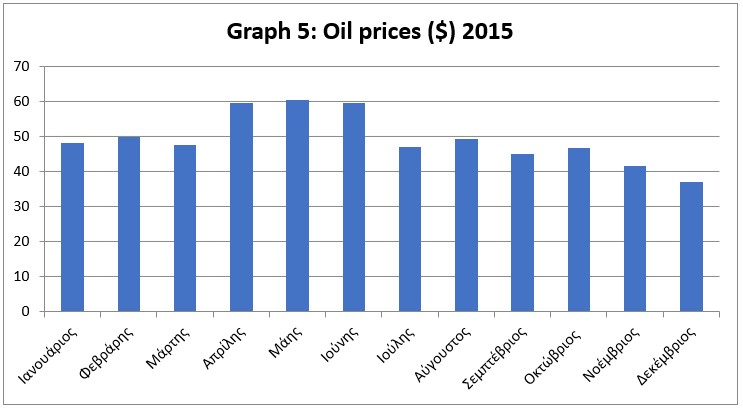 In addition, what contributed to the reduction of labor costs was deflation combined with the decrease of public servants’ salaries. Specifically, in the first semester of 2015, there was a reduction in labor costs by 1.1%, a number that is added to the continuous decreases of the last 4 years.

Due to its lack of heavy industry and mineral resources, Cyprus is clearly an importing country. Nevertheless, if the government wants to set the public debt on a downward trend it will need to keep the budget balance positive while retaining the deficit in the current account balance as low as possible.

In the first quarter of 2015, this target seems to be achieved since the deficit in the Current Accounts Balance went down to 4.1% of the GDP compared to 4.4% of the same quarter in 2014. At the same time, in the first semester of 2015, there was a reduction in exports by 0.4% and an increase in imports by 2.4%.

The financial system in Cyprus made considerable progress during 2015. An important development was that in April 2015 there was a full lift of the restrictive measures for banking transactions, something that is largely due to the stabilization of deposit outflows.

As can be seen in Table 4 and Graph 6, in 2015 deposits in Cypriot banks went up by 3% in total. Permanent residents of Cyprus increased their deposits by 2% while residents from other countries withdrew their deposits by 2%. There was a massive interest in deposit products by residents of the rest of the Eurozone countries, with mass money transfers from the faltering Greek economy being the driving force. 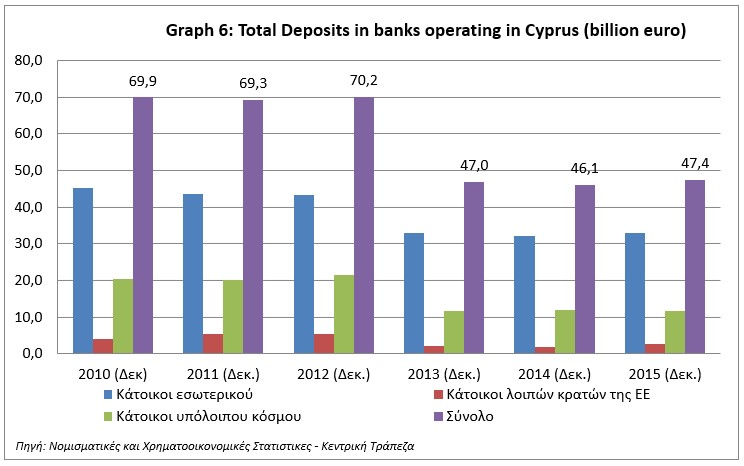 In addition, Cypriot banks successfully underwent Stress Tests by the European authorities in 2014, a thing that allowed them to proceed with significant credit growth (borrowing).  A big supporter in the attempt to stabilize the banking system was the European Investment Bank that collaborated with Cypriot banks to provide liquidity to small and medium-sized businesses.

In loan interest rates, as will be seen in Graph 7, there was a significant decrease compared to 2012.

The main reasons for the decrease were:

An important development is also the compliance of Cyprus to the standard of the Global Forum on Transparency and Exchange of Information for Tax Purposes. During 2013, Cyprus and its banking system were accused of not doing everything they could to prevent money laundering. The compliance with the regulations restores the country’s credibility as a secure investment destination and has contributed to its upgrade from credit rating agencies. 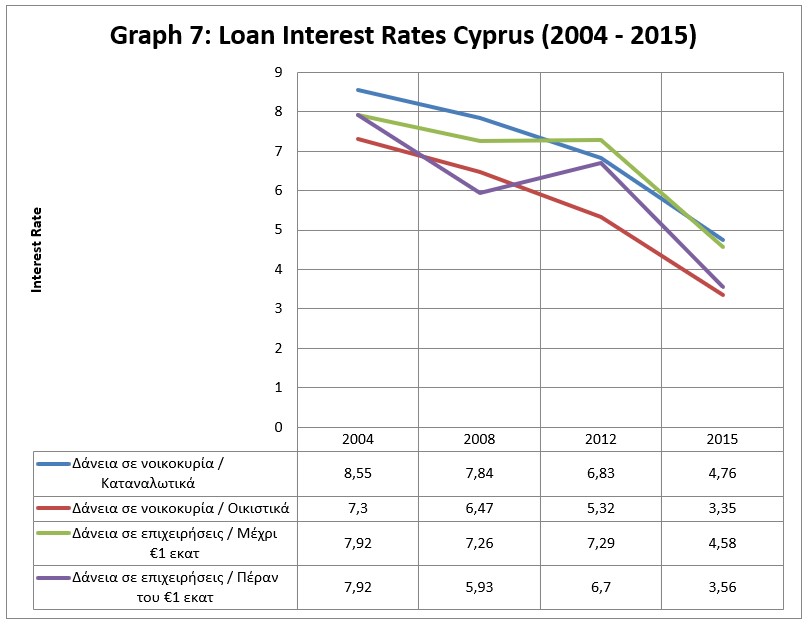 4.2. The course of the Bank of Cyprus

A special mention should be made for the course of the Bank of Cyprus, which is an important cog in the machine driving the Cypriot economy’s growth. The bank’s fundamentals are clearly improved compared to 2013 and 2014. More specifically, the Bank reduced its dependence on the Emergency Liquidity Assistance (ELA) of the ECB by 500 million euros in the summer of 2015, reaching 5.5 billion. It needs to be pointed out that the highest borrowing percentage from the ELA was right after the deposit haircut and it reached up to 11.4 billion euros. The current borrowing amount from the ELA yet remains particularly high considering that the financing cost from the mechanism is higher than that of the traditional monetary mechanisms of the ECB.

Another particularly positive element is that the exposure of the bank to the toxic Greek debt has been limited to 15%. Combined with the successful recapitalization of the Bank, this constitutes the main reason deposit outflow has ceased. The bank’s deposit level has now reached €11.5 billion, which constitutes about 25% of total deposits in Cypriot banks.

The most important problem of the bank remains the high level of non-performing loans that amounted to 52.7% (€12.7 billion) at the end of June.

According to Moody’s international credit rating agency, the Bank of Cyprus shows major signs of stabilization, but the problem with non-performing loans will continue to be an issue for many years to come.

Within the framework of the reconstruction plan for Cyprus, Troika has made the implementation of reforms aimed at creating a more effective public administration a key requirement in order to release the next tranche of the bailout loan. As a response to these requirements, the Cyprus House of Representatives voted for major salary cuts and implemented reforms in the evaluation system for public servants. It is worth mentioning here that in the last ten years, on average 40% of the total state expenditure has been going towards the emoluments of public servants.

One of the most complex chapters when it comes to the consolidation of public administration has been the issue of privatizations. The complexity of this issue lies in the fact that it is both associated with issues of national security as well as credibility. Selling semi-governmental organizations may not yield big profit in the form of income, but it will definitely boost the country’s credibility in global financial markets since it will prove the government’s determination to push for reform even at a high political cost.

The construction sector in Cyprus was the driving force behind the high growth rates of the 2000-2007 period. The high demand for residential property both by the domestic and the international market created favorable conditions for the growth of this sector. The situation started derailing after 2005 however, which was when the construction sector began to develop as a financial bubble away from the fundamentals of supply and demand. The Lehman Brothers bankruptcy in September 2008 combined with the steep drop of the pound sterling by 20% in the last quarter of 2008, led British buyers to a massive loss of interest for residential property, leading the Cypriot property bubble to an explosion (see Graph 8).  In 2013-2014 the hardships of the banking system combined with the strengthening of the pound sterling temporarily restored the interest of investors in the property market.

2015 was a year full of conflicting outcomes for the construction industry. Initially during the first quarter of 2015 total investments in the sector shrunk by 12.2%, while property prices dropped by 6.5%. This significant price decrease, however, was also what led to a major increase in sales. In particular, new sale contracts increased by 6.4% from January – August 2015 compared to the same period in 2014. The second quarter of 2015 shows the same encouraging signs, with domestic cement sales annually increasing by 9.8%. 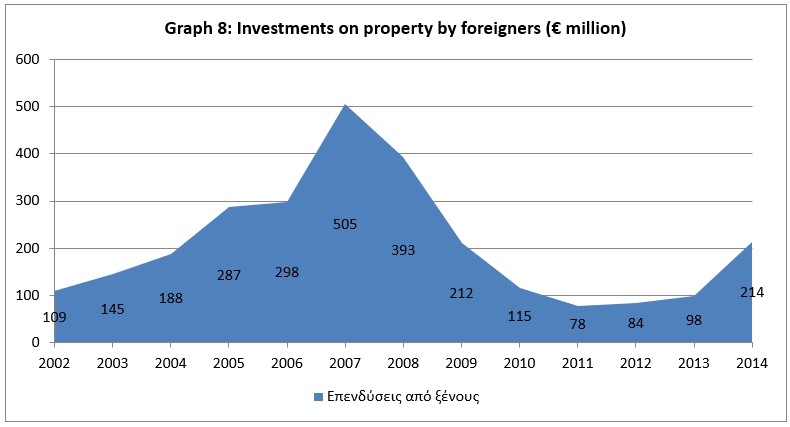 The factors expected to contribute to the streamlining of the situation in the Eurozone and in the EU in general are:

On the other hand, there are factors that undermine global growth, and if they are not dealt with through the coordinated action of supranational organizations, they could disrupt the existing positive climate. The main ones are: 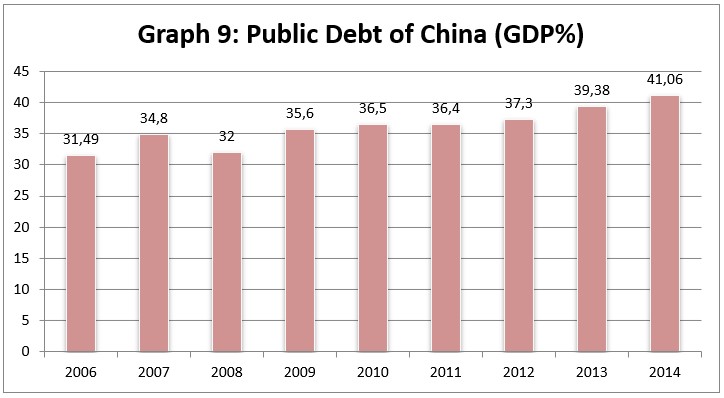 8. Dangers for the Cypriot economy

In the last two years, in the process of what economists call a shock therapy, Cyprus has implemented a multitude of reforms to help the long-term and sustainable growth of its economy. Nevertheless, in the short run, the country is facing imminent dangers, such as: 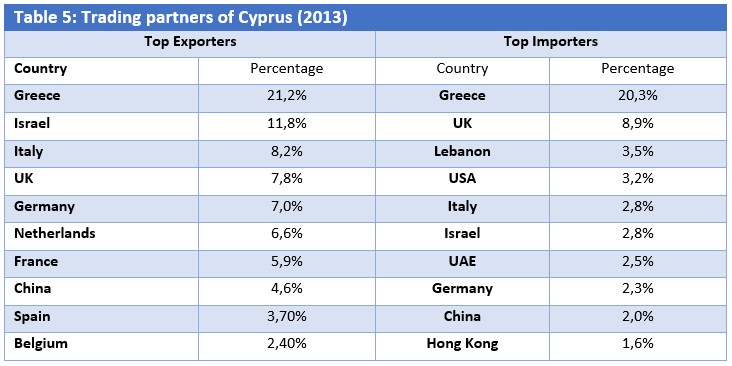 Continuous upgrades from international credit rating agencies are expected to contribute to attracting Foreign Direct Investments (FDI), which are also the main mechanism for Cyprus to exit the financial crisis.

The continuous devaluation of the rouble, which is expected to continue in 2016 because of the general uncertainty in the global oil market, is not going to significantly affect the tourist flow from Russia.  The deterioration of relations between Russia and Turkey, with the latter being a top tourist destination for Russians, will lead to a redirection of the tourist flow towards Cyprus. The political state of unrest at affordable travel destinations in the Middle East and North Africa because of the Arab Spring will also contribute to the improvement of Cyprus’ tourist position.

Additionally, the improved prospects of the British economy combined with the strengthening of the pound sterling against the euro will help preserve the increasing tourist flow from the UK.

The improvement of macroeconomic aggregates (GDP growth rate, public debt, budgetary deficit) has allowed the Cypriot government to adopt a neutral budgetary policy without further tax increases. Based on the budget for 2016, capital expenditure, meaning expenses for infrastructure works, is expected to increase by 9.3% compared to 2015.

Finally, significant improvement is expected in the real economy as well, with growth rates reaching 2.2% in 2018 and the unemployment percentage decreasing to 13%. Inflation is expected to increase to 1% in 2016, without putting consumers’ purchasing power in any danger.